Most medical textbooks begin by discussing the history of the subject. Why? Succinctly stated, we only learn from the past. Although modern anesthesiology is practiced in today’s future-driven environment, there is much to learn by analyzing the historical evolution of the specialty.

The field of anesthesiology is at a turning point that will define the future course of the profession. Today, anesthesiologists face new challenges, from expanding their roles in perioperative medicine and critical care to confronting professional competition and health care reform.

Understanding how and why anesthetics came into use, how they have evolved, and how the profession has grown is essential for a true understanding of the specialty and anticipating new forays into the future.

I. Pain and Antiquity

From early Mesopotamian and Egyptian cultures to Asian and Central American cultures, practices for the relief of pain have existed for centuries. For instance, the Greek physician Dioscorides reported on the analgesic properties of the mandrake plant, 2,000 years ago. With the advent of surgical medicine, various combinations of substances, including opium, alcohol, and marijuana, were inhaled by diverse cultures for their mind-altering and analgesic effects. The “soporific sponge,” which was popular between the 9th and 13th centuries, became the primary mode of delivering pain relief to patients during surgical operations. The sponges were saturated with a solution derived from the combination of poppies, mandrake leaves, and various herbs. Before the surgical procedure, the sponge was moistened with hot water to reconstitute the ingredients and then placed over the mouth and nose so the patient could inhale the anesthetic vapors. Laudanum, an opium derivative prepared as a tincture, was produced in the 16th century by Paracelsus (1493–1541). Laudanum was used as an analgesic. However, like other medications of the time, it was also prescribed for a variety of diseases such as meningitis, cardiac disease, and tuberculosis. In Indian culture, avatars such as Dhanwantari used anesthetics for surgical pain and severed nerves for relief of neuralgia. Chinese physicians have used acupuncture and various herbal substances to ease surgical pain for centuries. In 1804, Seishu Hanaoka (1760–1835), a surgeon from Japan, induced general anesthesia with a herbal combination containing anticholinergic alkaloids capable of inducing unconsciousness. Hanaoka developed an enteral formulation called Tsusensan. His patients would ingest this concoction before Hanaoka would begin the surgical procedure (1).

Joseph Priestley (1733–1804), an English chemist and clergyman known for his isolation of oxygen in its gaseous form, was also the first to isolate nitrous oxide. Although he did not report on nitrous oxide’s possible medical applications, it was his discovery and isolation of this and various other gases that would allow for modern methods of inhaled anesthesia. Sir Humphry Davy (1778–1829) described nitrous oxide’s effect on breathing and the central nervous system. In 1800, he stated, “As nitrous oxide in its extensive operation appears capable of destroying physical pain, it may probably be used with advantage during surgical operations in which no great effusion of blood takes place.” Despite his insight, Davy did not employ nitrous oxide as an anesthetic, and his lasting legacy to history was coining of the phrase “laughing gas,” which describes nitrous oxide’s ability to trigger uncontrollable laughter.

Horace Wells (1815–1848) was the first individual to attempt a public demonstration of general anesthesia using nitrous oxide. Wells, a well-known dentist from Hartford, Connecticut, had used nitrous oxide for dental extractions. In 1845, he attempted to publicly perform the painless extraction of a tooth using nitrous oxide. However, possibly due to inadequate administration time, the patient was not fully insensible to pain and was said to have moved and groaned. Because of this, Wells was discredited and became deeply disappointed at his failed demonstration. Wells spent the better part of his remaining life in self-experimentation and unsuccessfully pursuing recognition for the discovery of inhaled anesthesia (2).

By 1800, Sir Humphry Davy was aware that nitrous oxide had analgesic properties and that it had potential to be used during surgical procedures. However, it was Horace Wells who, 45 years later, first attempted to use nitrous oxide as a general anesthetic.

Although the origin of diethyl ether’s discovery is debated, it may first have been synthesized by eighth-century Arabian philosopher Jabir ibn Hayyan or 13th-century European alchemist Raymundus Lully.

By the 16th century, Paracelsus and others were preparing this compound and noting its effects on consciousness. Paracelsus documented that diethyl ether could produce drowsiness in chickens, causing them to become unresponsive and then wake up without any adverse effects. In the 17th and 18th centuries, ether was sold as a pain reliever, and numerous famous scientists of the time examined its properties. Because of its effects on consciousness, it also became a popular recreational drug in Britain and Ireland as well as in America, where festive group events with ether were called “ether frolics.”

Physicians and chemists were familiar with the compound, diethyl ether, for centuries before it was used as a general anesthetic.

Although many were aware of the effects of inhaled ether, it was a physician from Georgia who first administered ether with the deliberate purpose of producing surgical anesthesia. Crawford Williamson Long (1815–1878) administered ether as a surgical anesthetic on March 30, 1842, to James M. Venable for the removal of a neck tumor. However, his results were not published until 1849, three years after William T. G. Morton’s famous public demonstration. This was not from a lack of insight, but rather a lack of desire for recognition. When he finally did publish his experiments with ether, he stated he did so at the bequest of his friends who felt he would be remiss not to state his involvement in the history of inhalation anesthesia.

On October 16, 1846, William T. G. Morton induced general anesthesia with ether, which allowed surgeon John Collins Warren (1778–1856) to remove a vascular tumor from Edward Gilbert Abbott (Fig. 1-1). The anesthetic was delivered through an inhaler consisting of a glass bulb containing an ether-soaked sponge and a spout at the other end through which the patient could breathe. The glass bulb was open to room air, allowing the patient to breathe in fresh air that mixed with the ether inside the bulb before passing through the spout and into the patient’s lungs. The event occurred in a surgical amphitheater at the Massachusetts General Hospital, known today as the Ether Dome. News of the demonstration spread quickly, and, within a matter of months, the possibility of painless surgery was known around the world. 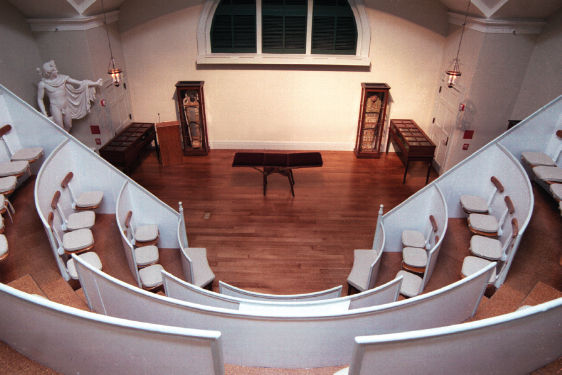 Figure 1-1 The surgical amphitheater at the Massachusetts General Hospital, today known as the Ether Dome, where Morton’s demonstration took place on October 16, 1846.

In all, Morton completed three trials at the Massachusetts General Hospital before the hospital deemed it safe for use. Although today Morton is usually credited with this discovery, at the time, those involved were aware that Charles T. Jackson was the intellectual discoverer of this process and Morton was simply its executor. Charles Jackson, a notable Boston physician, chemist, and Morton’s preceptor, stated that he counseled Morton on the use of inhaled ether for insensibility to pain (3).

The ether controversy refers to the acrimonious arguments that ensued among the various individuals who believed they deserved the credit for having introduced inhalation anesthesia.