Integrating Science and Technology to Proctology

MRI images of the pelvis. Image on the left shows an intersphincteric fistula tract at the 6 o’clock position (arrowed), and image on the right shows a right ischiorectal abscess (arrowed), which is communicating with the fistula tract

As we enter the new millennium, a bioprosthetic plug (Fig. 12.3) was introduced to address the liquid nature of the fibrin glue which was one of the postulated reasons for its poor outcome. These plugs are placed within the fistula tract, typically after perianal sepsis has subsided with the aid of a draining seton. The fistula plug is then sutured in place at the internal opening with the excess plug material being removed if it extrudes from the external opening (Fig. 12.4). 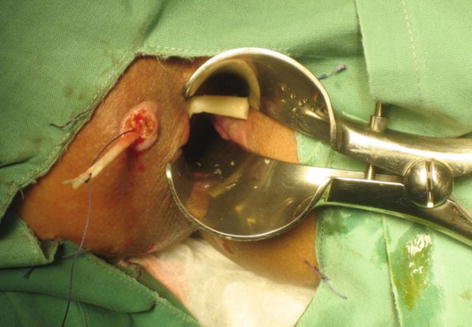 Placement of the fistula plug within the fistula tract
Initial interest was overwhelming following a prospectively conducted study which involved a cohort of 25 patients, where 15 patients were treated with plug and 10 with glue. A 6-month fistula closure success rate of 87 % was reported with plug treatment, compared to 40 % in those who had glue application (Johnson et al. 2006). Just like the fibrin glue, varying institutions and longer-term follow-up failed to replicate the success shared by the initial group. A retrospective review in an Australian centre reported a failure rate of 86.7 % at 59 weeks (Tan et al. 2013). A meta-analysis including three retrospective and two randomised studies also demonstrated that the incidence of recurrence for the anal fistula plug was 62.1 % compared to 47 % for conventional surgical approach (Pu et al. 2012).
A multicentre study of 126 patients over 5 years attempted to evaluate the risk factors that could predispose to failure of the fistula plug. While they concurred with the very low success rates, they found that anteriorly located fistula tends to have a lower chance of closure (12 %, hazard ratio = 2.98, confidence interval [CI] 1.01–8.78) (Blom et al. 2014). Other factors that have been reported as risk factors for failures included the extrusion of the fistula plug and its inability to deal with fistulas with secondary extensions. 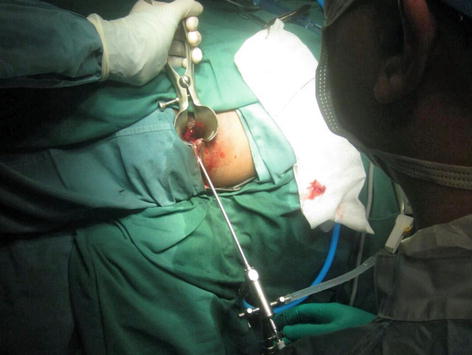 The persistence of the fistula epithelium was deemed to be one of the main reasons for failure in fistula treatment. In recent years, the incorporation of laser technology to ablate the fistula tract has been attempted in the form of fistula tract laser closure (FiLaC).
A laser-emitting diode is threaded through the fistula tract, and the emission of a radial laser from the diode results in contraction of the tract around the laser fibre to induce fibrosis around the fistula tract in an attempt to obliterate it. This procedure is recommended as a follow-up procedure after perianal sepsis is alleviated with draining setons. It can also be combined with another procedure, like a mucosal advancement flap, to seal the internal opening.
Like the VAAFT technique, there are not much available data in the literature due to its novelty. However, from the limited experience with this modality, success rates of 71–82 % have been quoted with minimal adverse effects on incontinence (Giamundo et al. 2014; Wilhelm 2011). 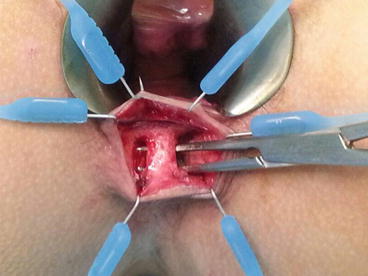