In this chapter, we review the classification, etiology, and treatment of the arrhythmias most frequently encountered in critical care medicine.

A.   The cardiac conduction system consists of three main parts: the sinus node, the atrioventricular (AV) node, and the His–Purkinje system.

B.   There is not just one pacemaker system; instead, there are multiple mechanisms in cardiac pacing. Pathology of the sinus node and atrioventricular conduction system, as well as the right and left atrioventricular rings/right ventricular outflow tract, contribute to arrhythmias in the adult heart.

1.   PEA is cardiac arrest with the presence of spontaneous organized cardiac electrical activity in the absence of adequate organ perfusion sufficient to maintain consciousness.

B.   Abnormal Sympathetic Tone and the Cardiovascular Reflexes 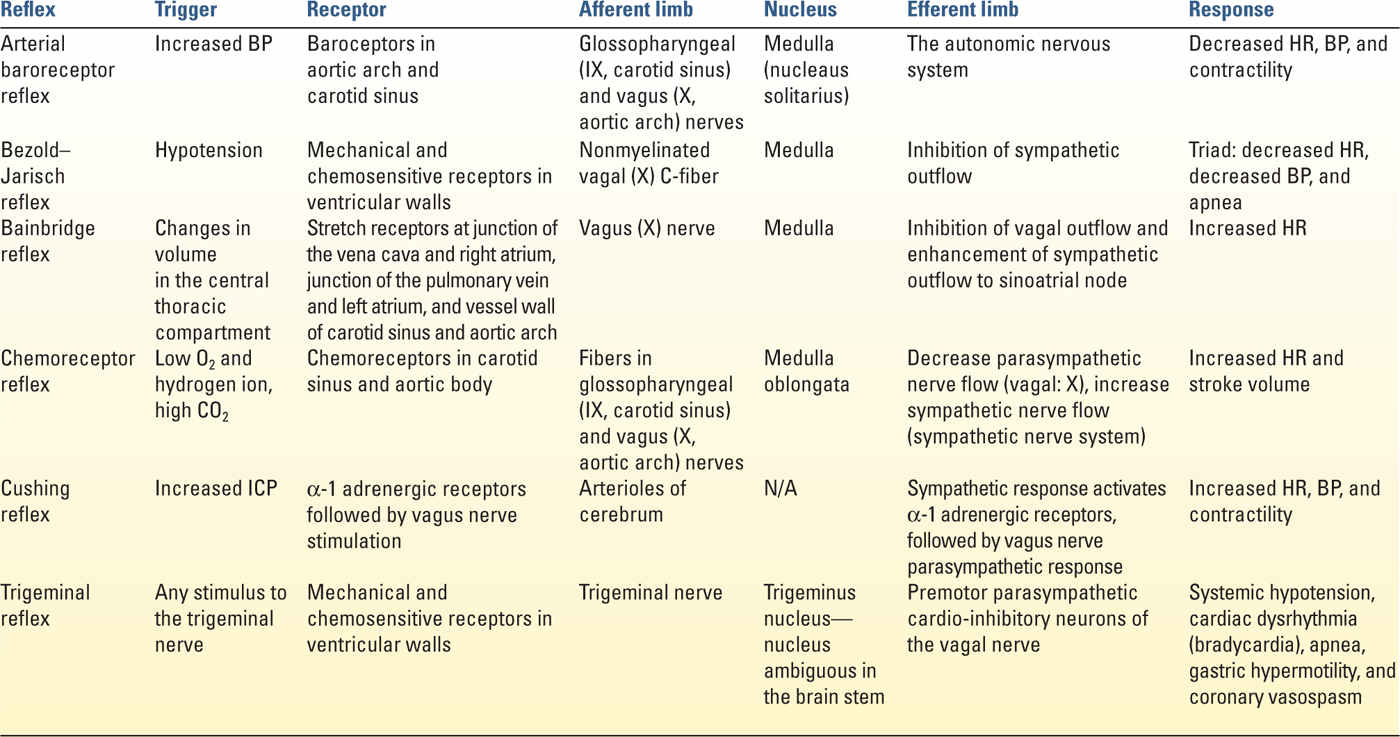 1.   Sick sinus syndrome (SSS): SSS indicates bradyarrhythmias with or without tachyarrhythmias. More than 50 percent of patients with SSS develop tachy–brady syndrome with atrial fibrillation or flutter, leading to an increased risk of embolic stroke. The etiology includes intrinsic dysfunction of the SA node including degenerative fibrosis, an infiltrative process, or inherited dysfunction of ion channels within the SA node. Extrinsic conditions, that is, metabolic, infectious, autonomic, or pharmacologic conditions may also cause SSS (for a review, see Selected Readings).

a.   Management: Chronic bradycardia may lead to ventricular electrical remodeling, and symptomatic SSS is a class I indication for a permanent pacemaker.

a.   Management: Both RBBB and LBBB may benefit from biventricular pacing to restore synchrony of right/left ventricular contraction.

1.   The etiology may include sepsis, hypovolemia, cardiac ischemia/CHF, pain, and endocrine pathology (hyperthyroidism).

1.   Atrial fibrillation (AF) is characterized by a lack of organized P-wave activity and an irregularly irregular ventricular response on the ECG. AF is the most common arrhythmia requiring treatment, affecting around 5 million Americans, with the prevalence expected to double by 2050. 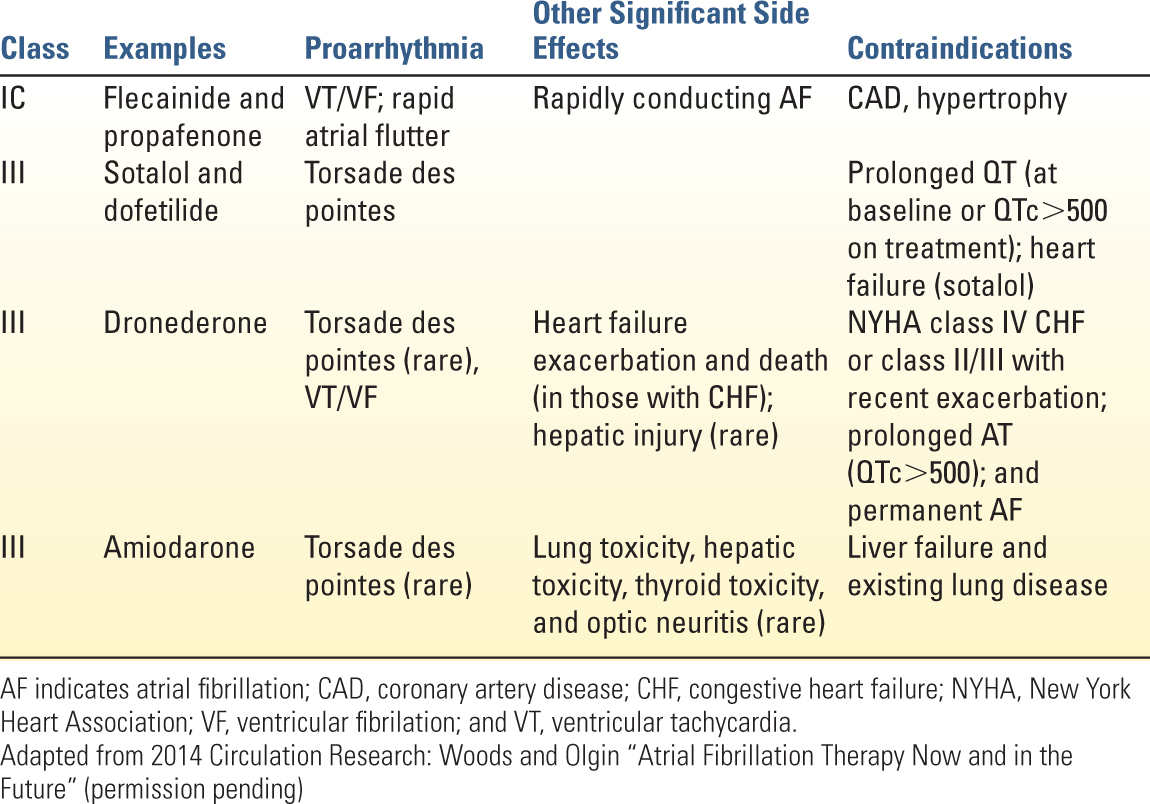