The incidence of twin gestations has increased over time, with data from the 2014 Centers for Disease Control National Vital Statistics revealing a twin birth rate of 33.9 per 1,000. The triplet and higher order birth rate has been slowly decreasing from its peak in 1998 of 1.93 per 1,000 live births to 1.13 per 1,000 live births in 2014. These percentages correlate to 135,336 twin, 4,233 triplet, 246 quadruplet, and 47 quintuplet or higher births in the United States in 2014 (Hamilton, Martin, Osterman, Curtin, & Mathews, 2015). The increase in twin gestations is attributed to increased use of assisted reproductive technology (ART), as well as an increasing number of women becoming pregnant at an advanced maternal age. The decrease in higher order multiples is attributed to modification of ART practices with an increase in single embryo transfer. Given the prevalence of multiple gestations, associated complications are very likely to present to an obstetric triage unit.

The focus of this chapter will be on the complications specific to multiple gestations. Complications from partial pregnancy loss due to spontaneous or planned fetal reduction, shortened cervix, preterm premature rupture of membranes (PPROM), and preterm labor will be addressed.

Gestational age is established by last menstrual period, transfer date, or early ultrasound. The number of fetuses as well as the chorionicity and amnionicity are documented if possible. If the pregnant woman has recently undergone a planned multifetal reduction, the procedure note will include complications. If vaginal bleeding occurs, the duration and amount, as well as associated uterine cramping, need to be documented.

Documentation of blood type, antibody screen, and Rh antigen status is critical. If the amount of vaginal bleeding is significant, a complete blood count (CBC) is warranted. A transvaginal ultrasound is necessary to assess fetal viability and to establish chorionicity and amnionicity if not previously established. In the first trimester, two separate placentas confirm the diagnosis of dichorionicity. If only one placenta is visualized, the presence of the “twin peak” or “lambda” sign is highly predictive of dichorionicity. Sonographically, the groove between the dividing membranes as they insert into the placenta appears thickened because this potential space is filled with amniotic and chorionic mesoderm unlike in monochorionic pregnancies where the space remains empty. Please see Figure 9.1 for a sonographic image of the lambda sign.

If the pregnant woman has undergone a fetal reduction, it is imperative to carefully note which fetuses have cardiac activity. Imaging may reveal two gestational sacs with only one yolk sac or fetus, as noted in Figure 9.2.

Spontaneous reduction of twin or higher order multiple gestations are common. A large retrospective study in a fertility clinic followed pregnancies from 5.5 to 6 weeks every 2 weeks with transvaginal ultrasound. At 12 weeks, 62% of twin pregnancies conceived naturally and 31% of twin pregnancies conceived with ART had spontaneously reduced to singleton pregnancies (Dickey, 2005). In the same cohort, spontaneous reduction of one or more gestational sacs and/or embryos occurred before the 12th week of gestation in 53% of triplet (95% CI, 44%–61%) and 65% of quadruplet (95% CI, 46%–85%) pregnancies (Dickey et al., 2002). Overall, prognosis of the pregnancy is good; however, observational studies show a decrease in length of pregnancy and lower birth weight in infants born to women whose pregnancies spontaneously reduced compared with unreduced pregnancies (Dickey, 2005; Pinborg, Lidegaard, la Cour Freiesleben, & Andersen, 2007). The woman and her family will require emotional support because loss of a fetus, even with a remaining viable pregnancy, can be devastating. 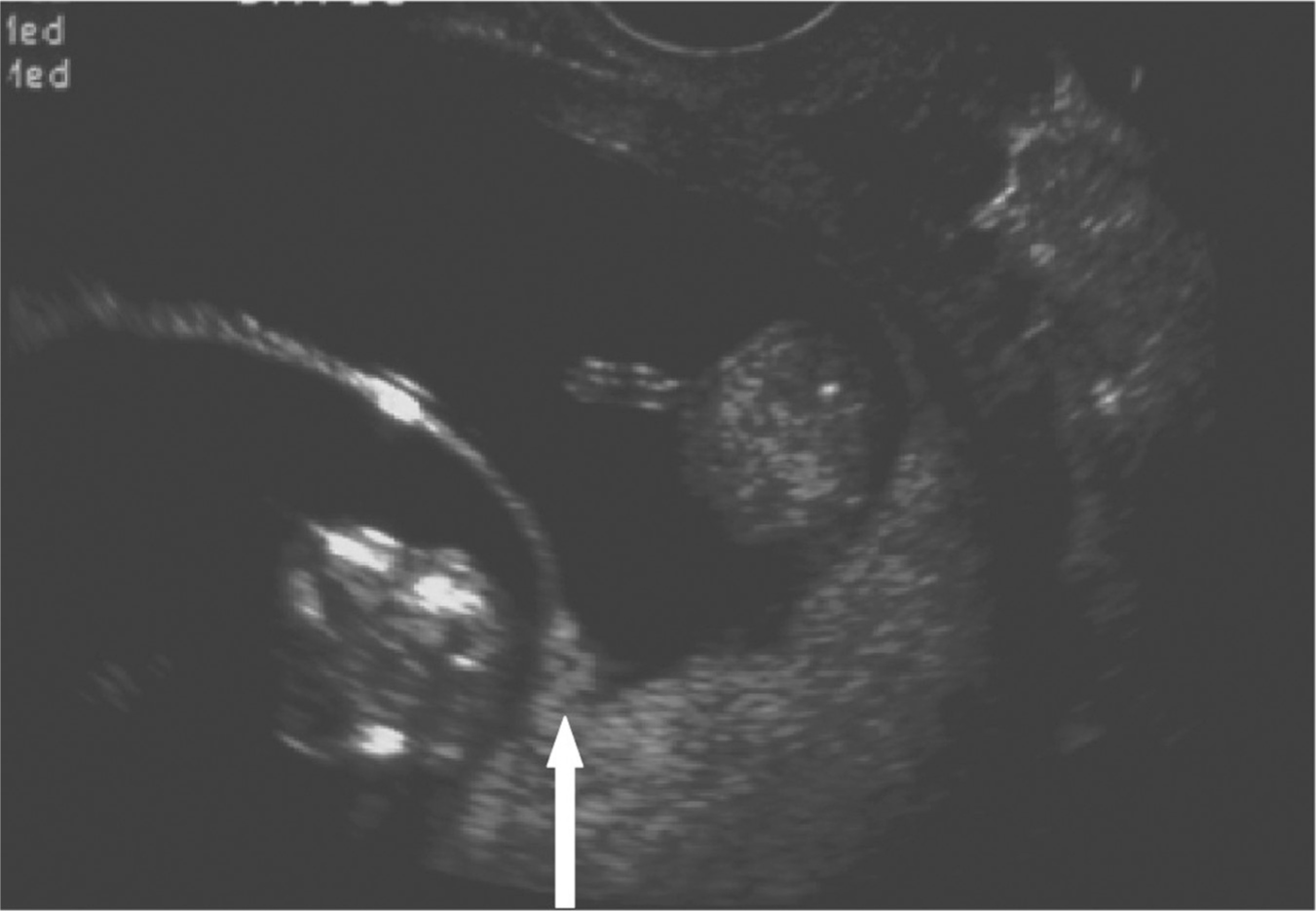 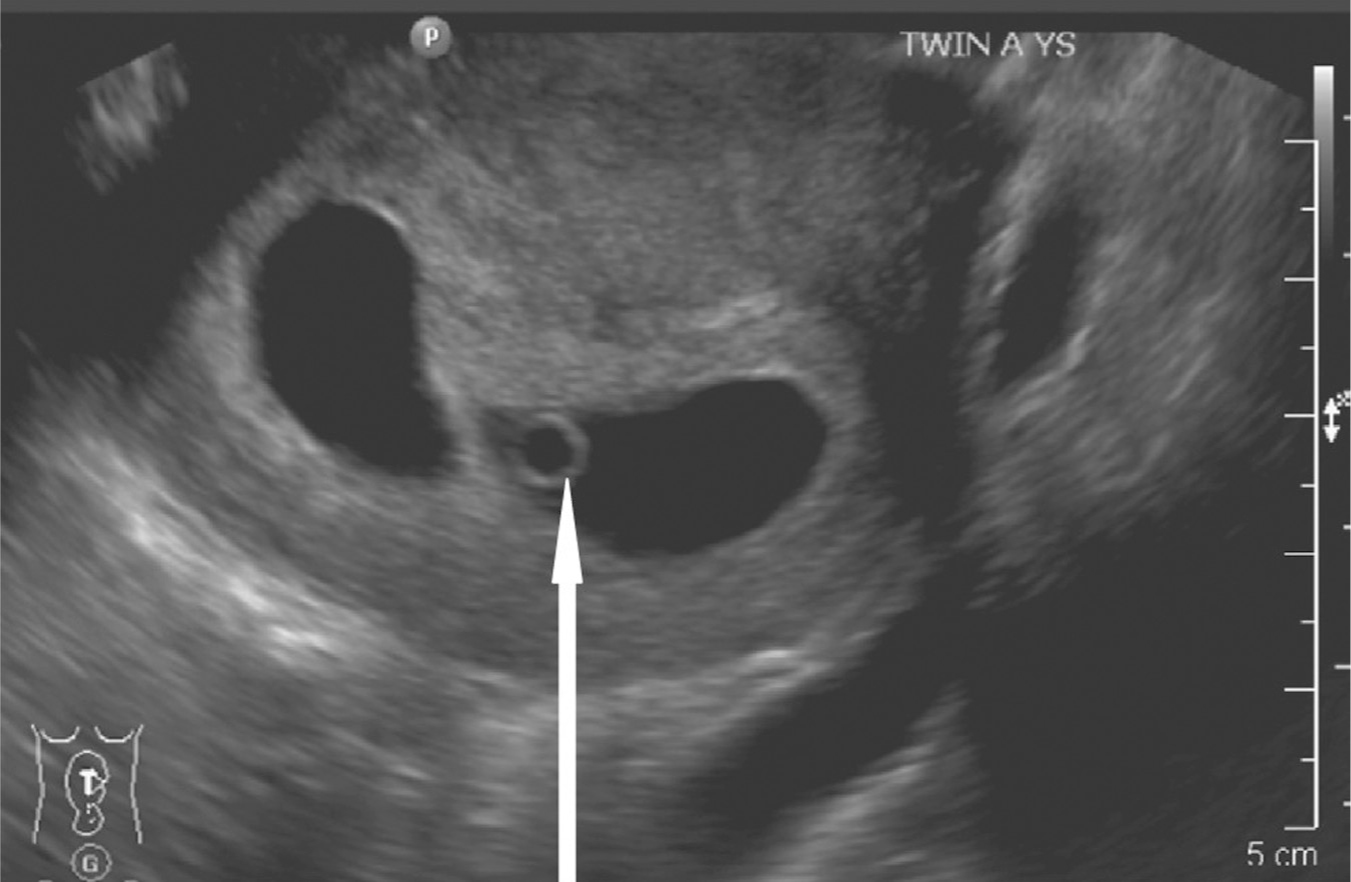 Figure 9.2 Vanishing twin with only one yolk sac visible

98Women who have undergone a planned fetal reduction from twins to singleton have a higher risk of pregnancy loss at less than 24 weeks (11.9%) than those with ongoing twin pregnancies (3.1%; van de Mheen et al., 2015), whereas the risk of loss at less than 24 weeks in triplets reduced to twin gestations (3.3%) does not appear to be different from that for unreduced triplets (4.9%; Raval, Naglak, Igbal, Ramsey, & Craparo, 2015). In women who have undergone multifetal reduction, prognosis for the pregnancy is good with a decrease in preterm delivery (Raval et al., 2015). Regardless, women are encouraged to follow up with their provider or to seek care in an obstetric triage unit for worsening vaginal bleeding or uterine cramping. Women may experience increased anxiety after multifetal reduction, making emotional support and reassurance critical throughout the pregnancy (Dodd & Crowther, 2015).

Women with multiple gestations routinely undergo serial ultrasonographic examinations. Whether the cervical length is a planned part of the evaluation or a shortened cervix is noted incidentally, women may arrive in obstetric triage for evaluation and management of a shortened cervix. Shortened cervix is defined as a cervix measuring less than 25 mm, which is smaller than the 10% expected reduction in multiples (Iams et al., 1996).

A shortened cervix noted incidentally on ultrasound is often asymptomatic. However, it may also be associated with symptoms of preterm labor.

The gestational age must be established by the last menstrual period, transfer date, or early ultrasound. A careful obstetric history is obtained, focusing on history of any deliveries before 37 weeks or second trimester losses. History of a cold knife cone biopsy or loop electrosurgical excision procedures is obtained as these have been associated with a shortened cervix in the mid-trimester (Fischer, Sveinbjornsson, & Hansen, 2010) and preterm delivery (Ørtoft, Henriksen, Hansen, & Petersen, 2010).

Determining the presence of uterine contractions on tocometry is helpful for distinguishing preterm labor from asymptomatic shortened cervix. If the fetuses are viable, a nonstress test (NST) will provide information regarding fetal well-being. An abdominal examination with particular attention to the fundus is completed to evaluate for chorioamnionitis. A sterile speculum examination with visual assessment of the cervix will provide information on the rupture of membranes, and if no rupture, then dilatation and effacement. A confirmatory digital examination will provide further information if there is no evidence of ruptured membranes.

If there is concern for chorioamnionitis, a CBC is indicated. Ultrasonographic evaluation of the cervix has already been completed in this clinical scenario; however, the examination can be confirmed in the triage unit if a practitioner is available who is competent with evaluation of ultrasonographic cervical measurement. Cervical length is measured with an empty maternal bladder via the transvaginal approach. The probe is placed in the anterior fornix of the vagina until the cervix is visualized, and a sagittal long-axis view of the endocervical canal is obtained. The probe is then withdrawn until the image is blurred, then advanced with enough pressure to restore the image. The cervical length is measured from the internal to the external os along the endocervical canal.

A shortened cervix between 20 and 24 weeks was shown in a meta-analysis to have a pooled positive likelihood ratio of 9.6 to predict preterm delivery before 28 weeks in twins (Conde-Agudelo, Romero, Hassan, & Yeo, 2010). Although data on triplets are limited, a study of 51 triplet gestations found a cervical length of less than 2.5 cm between 21 and 24 weeks gestation had 86% sensitivity for prediction of spontaneous delivery at less than 28 weeks gestation (Guzman et al., 2000).

Despite the predictive value of a shortened cervix for preterm delivery, options for intervention in multiple gestations are limited. A meta-analysis of five randomized controlled trials of cerclage versus expectant management in twin gestation found neither history nor ultrasound indicated cerclage had an effect on perinatal mortality, neonatal morbidity, or preterm birth less than 34 weeks (Rafael, Berghella, & Alfirevic, 2014). In triplets, a randomized controlled trial of 24 women with triplet gestation and shortened cervix, defined as less than 25 mm, showed no impact on birth weight or gestational age at delivery (Moragianni, Aronis, & Craparo, 2011).

Cervical pessary is an emerging strategy for management in this high-risk population. A randomized controlled trial of a cervical pessary in women with a sonographic short cervix measuring less than 25 mm found a reduction in spontaneous preterm birth at less than 34 weeks from 39.4% to 16.2% (relative risk [RR], 0.41; 95% CI, 0.22–0.76), although there was no statistical difference in composite neonatal morbidity (5.9% vs. 9.1%; RR, 0.64; 95% CI, 0.27–1.50; Goya et al., 2016). These findings confirmed results from the earlier ProTWIN trial, which showed placement of a pessary in women with cervical length less than the 25th percentile or 38 mm reduced poor perinatal outcome (12% vs. 29%; RR, 0.40; 95% CI, 0.19–0.83; Liem, Schuit, et al., 2013). However, the largest randomized controlled trial to date found placement of a pessary in women with a short cervix measuring less than 25 mm did not affect the incidence of spontaneous preterm birth before 34 weeks 100(31% vs. 26%; RR, 1.2; 95% CI, 0.8–1.8; Nicolaides et al., 2016). Further research is currently underway (Maternal Fetal Medicine Units Network) to determine whether placement of pessary is optimal clinical management.

Finally, the evidence for vaginal progesterone for the prevention of preterm birth with asymptomatic shortened cervix in twin pregnancies is increasing. A meta-analysis of five studies found a significant reduction in the rate of spontaneous preterm birth at less than 33 weeks (RR, 0.69; 95% CI, 0.55–0.88) as well as composite neonatal morbidity and mortality (RR, 0.57; 95% CI, 0.59–0.94; Romero et al., 2012). A second meta-analysis of 13 studies also found treatment of women with cervical length less than 25 mm at less than 24 weeks with vaginal progesterone decreased the risk of adverse perinatal outcomes (RR, 0.56; 95% CI, 0.42–0.75; Schuit et al., 2015). Supplementation with vaginal progesterone can therefore be considered in multiple-gestation pregnancies complicated by asymptomatic shortened cervix before 24 weeks.

Therefore, when pregnant women with multiple gestation and asymptomatic shortened cervix present to the obstetric triage unit, once preterm labor and PPROM have been ruled out, no acute intervention is necessary. Consultation with a maternal–fetal medicine specialist can be arranged to discuss outpatient management. Depending on the gestational age, discussion with neonatology regarding neonatal outcomes may be helpful.