The postpartum woman who presents to triage can be a clinical challenge. Common postpartum complaints can result from benign causes in the postpartum course or from a serious, potentially life-threatening complication. For example, a postpartum woman complaining of fatigue and dyspnea may be mildly anemic and sleep deprived or could be symptomatic due to a pulmonary embolism (PE) or congestive heart failure. Triage clinicians must be thorough in both history taking and physical examination, and quickly determine the appropriate clinical management. Some of the most critical postpartum conditions that a triage clinician may face include cardiomyopathy, deep vein thrombosis (DVT), and PE.

Maternal hemodynamics change rapidly after delivery. Cardiac output temporarily increases immediately following birth, secondary to a decompression of the vena cava from the gravid uterus and auto transfusion of utero-placental blood to the intravascular space. Over several days, the cardiac output and maternal heart rate decrease to prepregnancy levels. Postpartum diuresis peaks by the fifth postpartum day and lasts for several weeks (Davies & Herbert, 2007). A postpartum woman without underlying cardiac disease can typically handle these cardiovascular changes without difficulty. In cases of a more complicated course, such as with preeclampsia and diastolic dysfunction, symptomatic pulmonary edema can occur. Postpartum heart failure can also be caused by the rare idiopathic condition of peripartum cardiomyopathy (PPCM). PPCM is defined as a dilated cardiomyopathy causing heart failure at the end of pregnancy or within 5 months postpartum. The diagnosis requires no other identifiable cause of heart failure or recognizable heart disease and echocardiographic findings of left ventricular (LV) systolic dysfunction with an LV ejection fraction (EF) less than 45%. The workshop held by the National Heart Lung and Blood Institute and the Office of Rare Diseases in 2000 strictly defined the onset of PPCM in the last month of pregnancy or later (Pearson et al., 2000). A more recent definition proposed by the 2010 European Society of Cardiology (ESC) Working Group on Peripartum Cardiology uses more general timing of heart failure as “toward the end” of pregnancy; the reduced LVEF is “nearly always” less than 45%, with LV dilation not always being found on echocardiograph (Sliwa et al., 2010).

Risk Factors for the Development of Peripartum Cardiomyopathy

The clinical presentation of PPCM is highly variable. Symptoms can often be confused with benign peripartum complaints. The most common presenting symptoms of PPCM are noted in Exhibit 32.2.

The woman suspected of having PPCM warrants a thorough history taking regarding the pregnancy as well as the labor and delivery. If recorded, the woman’s fluid balance during labor and delivery admission should be reviewed. Family medical history should be obtained, especially regarding cardiac diseases including dilated cardiomyopathy and sudden cardiac death. Social history includes activity level prior to and during pregnancy to contrast with current exercise capacity. Questions regarding illicit drug and alcohol use are also imperative. It is recommended that the time course for the woman’s complaints be clearly recorded.

There is a wide range of objective findings that can help to diagnosis PPCM. Increased heart rate and respiratory rate and a decreased pulse oximetry may 385be found. Blood pressure can vary, including postural hypotension (Sliwa et al., 2010). The jugular venous pressure may be increased. Cardiac auscultation findings include systolic ejection murmurs and a prominent pulmonic valve component of the second heart sound and a third heart sound. If there is cardiomegaly, the point of maximal impulse (PMI)/apical impulse can be displaced laterally and/or inferiorly. Pulmonary auscultation may reveal wheezes and rales. Peripheral edema, ascites, and hepatomegaly may also be found. Preeclamptic women are commonly hyperreflexive. 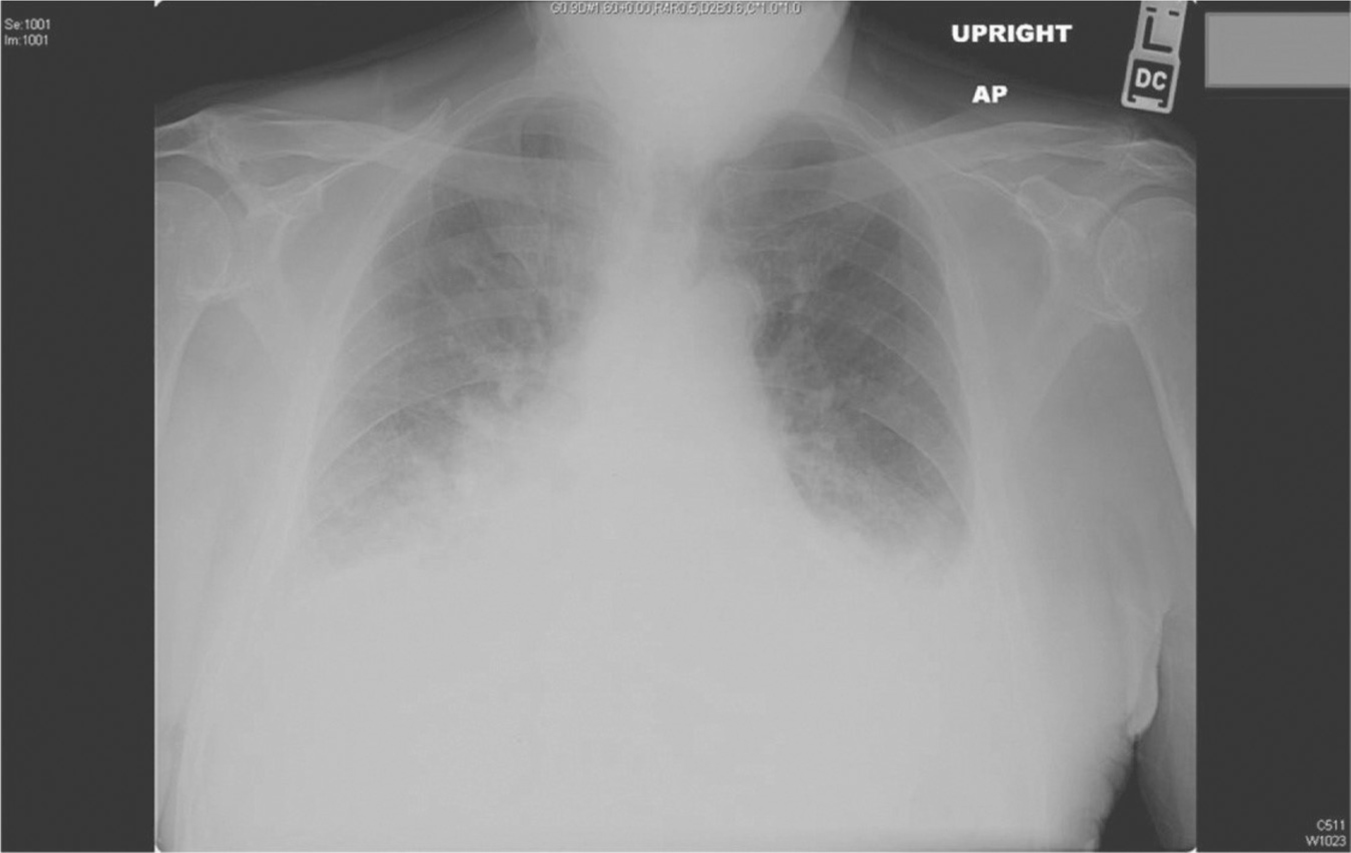 Laboratory values of brain natriuretic peptide (BNP) and troponin-I may be elevated in PPCM. Preeclampsia is both a risk factor for the development of cardiomyopathy and can cause non-PPCM symptomatic pulmonary edema. It is critical to exclude the diagnosis of preeclampsia when determining if a woman has PPCM. In addition to history and physical examination, laboratory studies used to diagnose preeclampsia include creatinine, hemoglobin, platelets, liver enzymes, urine protein, and uric acid.

Incidence of venous thromboembolism (VTE) is increased in women with PPCM. If indicated, evaluation for embolic phenomena is performed (see the following section on DVT/PE).

The differential diagnoses for PPCM include preexisting cardiomyopathy, hypertensive heart disease, congenital heart disease, myocardial infarction, and PE. Noncardiogenic pulmonary edema, most commonly secondary to 387preeclampsia, tocolytics, or sepsis, must be ruled out as an alternative diagnosis (Sliwa et al., 2010).

The initial management goals for postpartum PPCM are to stabilize the woman’s cardiovascular status and provide symptomatic relief. The woman is placed on continuous cardiac and pulse oximetry monitoring and supplemental oxygen is administered. Intravenous access is obtained and a urinary catheter is placed to monitor urine output. Consultation with specialists may include an obstetric internist (internist with special training in the care of medical illness in pregnancy), pulmonary critical care specialist, cardiologist, and maternal fetal medicine specialist.

Pharmacologic therapy in postpartum PPCM is similar to nonobstetric congestive heart failure treatment plans (Johnson-Coyle, Jensen, & Sobey, 2012; Sliwa et al., 2010). In suspected preeclamptic women, who are frequently intravascularly depleted and have decreased renal function, the medication dose and frequency of administration may need to be adjusted. Morphine can be cautiously administered for anxiety and pain control. Diuresis with loop diuretics (furosemide with a starting dose of 10 mg) is a first-line treatment. Angiotensin-converting enzyme inhibitors (ACEIs) are used for afterload reduction and are preferred over the vasodilators, such as hydralazine, which are typically used instead of ACEIs during pregnancy. Beta-blockers help to improve systolic function in the long term and are typically given after the acute decompensation of heart failure has resolved and the patient is euvolemic. Digoxin and inotropes may be used in select cases for acute heart failure management. Thromboprophylaxis is frequently considered due to the high risk for thrombus formation, especially in the postpartum state. Other agents that may be used when indicated include spironolactone and antiarrhythmics (Givertz, 2013). Once stabilized, the postpartum woman with PPCM is transferred to the appropriate inpatient service for further management.