Reports of trauma to intra-abdominal structures resulting from abdominal wall blocks are rare. However, cases have included trauma to the liver [5–8] and bowel wall hematomas [9] (Figs. 13.2 and 13.3). Colonic perforation has been described following ilioinguinal nerve block in children [10, 11]. Performing nerve blocks of the abdominal wall without ultrasound has been shown to lead frequently to intraperitoneal needle tip placement [12, 13]. Ultrasound does not completely eliminate this risk as needle imaging and identification may be poor. Furthermore, there may be some difficulty in identifying the layers. A particular difficulty may be air or surgical gas in the abdominal wall. There may be greater risk in the morbidly obese (see later) or in pediatric patients, where the transversus plane may only be a few millimeters in thickness. The risk, however, does seem to be very low in experienced hands. If identification of the layers is uncertain or needle tip location undetermined, the needle should not be advanced further. 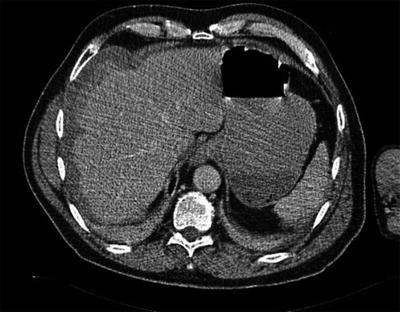 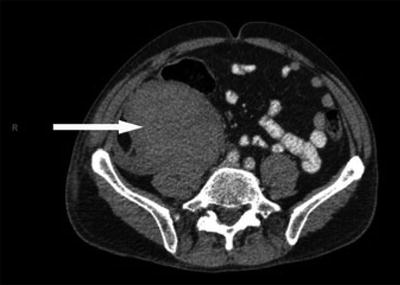 Inadvertent transient femoral nerve block has been described after nerve blocks of the abdominal wall including TAP block as well as ilioinguinal nerve block [16–19]. This potential should be considered in any block around the ASIS . However, it has not been reported after ultrasound-guided TAP or ilioinguinal nerve block. Femoral nerve block has also been described after posterior TAP injection in the area of the triangle of Petit without ultrasound guidance [10]. The authors speculated spread from deep to transversus abdominis to the iliac fossa, posterior to the fascia iliaca where the femoral nerve is located. Another anatomical route from injection in this location would be direct injection into the psoas muscle finding its way to the psoas compartment and femoral nerve. While uncommon, the potential for inadvertent femoral nerve block remains an important consideration when performing nerve blocks of the abdominal wall, especially in ambulatory or day surgery. Patients (and medical staff) are unlikely to anticipate leg weakness and this may increase the risk of postoperative falls.
Catheter entrapment from abdominal wall placement has also been described [20, 21]. The mechanism from this case was not clear as the catheter was eventually removed without a knot. Ultrasound imaging of the entrapped catheter was not undertaken.

Abdominal wall blocks are field blocks requiring the administration of large doses of local anesthetic. Efficacy clearly relies on an adequate volume of injectate to allow spread within the anatomical plane to bathe the required nerves; however, there are limited published data on the relative importance of dose, volume, and concentration of local anesthetic in the injectate. Cadaveric studies have been conducted to correlate the spread of injectate with the dermatomal anesthesia achieved [22–24]. There is a paucity of dose finding studies in the literature; however, Beloeil et al. demonstrated that large doses of local anesthetic were required to achieve ED50 [25].
Emerging evidence suggests that absorption of local anesthetic from the transversus abdominis plane is rapid, with peak levels typically achieved in 30 min (Fig. 13.4) and remaining elevated for up to 90 min [26–28]. If the block is administered following wound closure, it is important to recognize that peak plasma concentrations of local anesthetic are likely to occur in the Recovery Room and potentially after the departure of medical staff.

Morbid obesity increases the difficulty of performing abdominal wall blocks significantly. Ultrasound guidance is difficult due to the increased depth of imaging required and the narrow imaging window with linear ultrasound probes. Broadly curved lower frequency probes are helpful and improve the field of imaging at greater depths. However, it can be challenging to clearly observe the passage of a straight needle with a curved image. As shown in Fig. 13.5, it may be necessary to displace truncal adiposity with firm pressure from the ultrasound probe to improve imaging. This approach however has several problems. First, it may be difficult to accurately image the needle through its entire passage as the needle is long (typically 100–150 mm) and may bend in the tissues. An additional problem when performing these blocks on a very large patient is operator fatigue. Strength and endurance are required in the arm holding the ultrasound probe. Image quality tends to deteriorate as the operator gets tired, an issue which seems particularly prominent in trainees (who generally take longer to perform the block). Helpful strategies may include having an assistant support the abdominal wall and optimizing conditions such as the operating table or bed height and having the patient close to the operator.

TAP block in the morbidly obese

There is a significant body of evidence supporting the use of abdominal wall blocks in children [2, 12, 32, 41–43]. However, studies also demonstrate that the deposition of the injectate in pediatric population is frequently inaccurate, especially when using blind techniques [37]. Higher frequency small footprint ultrasound probes may be required and strict attention to dose limits is even more important.

There are many publications involving the use of TAP blocks to provide analgesia following caesarean section [44–47]. The blocks are generally performed following wound closure and therefore whilst the patient still has many of the physiological changes of pregnancy, they are technically no longer pregnant. There are a number of these changes, which may be relevant to performing TAP blocks in the pregnant (or recently pregnant) patient. Dilatation (and potentially varicosities) of the abdominal wall veins may increase the risk of abdominal wall hematoma. Theoretically, the gravid uterus represents an additional intra-abdominal organ at risk of trauma from a misplaced block needle. Plasma-free (unbound) local anesthetic concentrations may be increased following TAP block due to the decrease in plasma-binding proteins and the increase in cardiac output and tissue blood flow in late pregnancy.

Truncal nerve blocks present an attractive alternative for providing analgesia in patients where neuraxial anesthesia is contraindicated. This would include patients with coagulopathy, hepatic and renal disease, and systemic sepsis. Patients with coagulopathy must be at an increased risk of significant abdominal wall hematoma, although this has not been described in the literature. This risk could potentially be minimized by reducing the size of the block needle. Smaller needles are more difficult to visualize using ultrasound, and are also more prone to bending, so are therefore more reliant on operator expertise. Also, patients with intra-abdominal sepsis undergoing laparotomy could theoretically be at risk of providing a locus of infection in the abdominal wall. Impaired clotting and sepsis should not be considered absolute contraindications for abdominal wall blockade or catheters. These cases should be assessed individually.

The key to safe abdominal wall blockade is anatomical knowledge, ultrasound scanning skill, and adherence to local anesthetic dose limits. Adequate training and equipment are critical to the safe performance of all regional anesthesia [48, 49]. Practitioners need to be aware of the neuroanatomy of the abdominal wall relevant to the site requiring anesthesia [22, 50]. Abdominal wall blocks often require a long needle to traverse a relatively long distance. As with other regional techniques [51], care needs to be taken to visualize the needle throughout its passage in order to avoid intraperitoneal injection and potential trauma to intra-abdominal structures. The transversus abdominis muscle is often very thin, so the risk of entering the peritoneal cavity (and therefore potentially causing trauma to intra-abdominal structures) must always be considered. Abdominal wall blocks are “field” blocks requiring a large dose and volume of local anesthetic solution; therefore, practitioners should always consider the potential for local anesthetic toxicity. Systemic absorption of drug is similar to other comparable techniques, however unexpectedly high plasma levels and toxicity have been reported. Practitioners should always be cognizant of the likely time course of peak plasma concentrations of local anesthetic. Finally, ultrasound has been shown to result in more accurate placement of local anesthetic [12, 37, 41]. It has been proposed that the practice of “blind” placement of transversus abdominis plane and ilioinguinal nerve blocks should be discontinued [13].
Only gold members can continue reading. Log In or Register to continue