The anesthetic agents that qualify as intravenous induction agents must be able to produce a rapid state of unconsciousness in the patient. Since the intravenous (IV) route of administration results in almost immediate therapeutic drug concentrations, the IV induction agent remains the preferred type of induction agent to practicing anesthesiologists. This chapter will focus on the current and the new intravenous induction agents. Many of these agents have been extensively used and studied in human populations. Several of the newer and more promising induction agents, however, are described with animal studies alone.
Many of the newer compounds will have limited human clinical data, however, such that the pharmacologic mechanisms of action represent the results of animal studies, cellular experiments, and limited human experiences [3]. Unless specifically mentioned, all pharmacokinetic and pharmacodynamics data presented in the text and in the figures will be human data. All human data that deals with dosage schedules and clinical effects must be read with a degree of suspicion, due to the small number of healthy volunteers who often comprise the cohort in human investigational drug protocols. Conclusions as to the effectiveness of any new drug on whole populations are merely the speculation of the author.
This chapter will compare newer agents with those in current clinical use. Specific comparisons will be made regarding speed of onset, duration of action, rate of metabolism, and route of elimination. Where evidence exists, specific populations and pathologic conditions that may alter the predicted performance of the induction agent will be mentioned.
In general, most of the IV induction agents have effects on the gamma-amino butyric acid (GABA)-A type receptor in neural tissues. Where more detailed mechanisms are known or suggested, this chapter will mention the different mechanisms and will postulate on the potential clinical implications. The reader should realize that most of the clinical experiences are early, preliminary, and often confined to a healthy segment of the human adult population.
The specific types and examples of new IV induction agents that will be mentioned in this chapter are the benzodiazepine agents (remimazolam and JM–1232), the etomidate derivatives (MOC–etomidate, carboetomidate, DMMM, and CMMM), the propofol derivatives (fos–propofol and PF0713), and the propanidid derivative (THRX–918661). In addition, the opioid remifentanil will also be discussed, even though its mechanism of action is very different from the other IV induction agents. In certain specific clinical situations, however, remifentanil is very useful as an induction agent to provide short-term surgical anesthetic conditions.

Drug Class and Mechanism of Action

While the most popular and current intravenous agents represent a half dozen distinct classes of compounds, many of these agents share common mechanisms of action (Table 51.2). Dexmedetomidine is an alpha-2 agonist. Etomidate is an imidazole that increases the activity of the gamma aminobutyric acid (GABA) receptor as does methohexital, a barbiturate; midazolam, a benzodiazepine; and propofol, an isopropylphenol compound. Ketamine, a phencyclidine, acts as an NMDA receptor antagonist. Therefore, for most of the IV induction agents, the mechanism by which they produce sedation and hypnosis is through the activation of GABA-A. The GABA-A receptor is a pentameric formation that encircles a chloride channel (see Fig. 51.1). Usually this pentameric rosette consists of 2 alphas, 2 betas, and 1 gamma subunit. Activation of the central chloride channel results in the enhancement of inhibitory activity in the central nervous system, which can result in sedation, in anxiolysis, and decreases in abnormal neural activity seizures and spastic muscular activity. In fact, as many as 18 different subunits of the GABA-A receptor have been identified to date, and it is the arrangement of these subtypes into pentamers that may confer the unique properties of GABA activation [4]. The potential usefulness of a nonsedating anxiolytic or an antiepileptic that does not disturb the memory process should be clear to most readers. 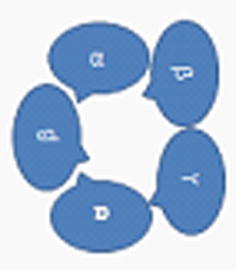 Pentameric structure of the GABA receptor

Among the benzodiazepine class of medications, remimazolam [5] and JM–1232 [6] offer potential utility as IV induction agents. Remimazolam provides a rapid onset of unconsciousness within 1–2 min, which is faster than midazolam. In addition, the volume of distribution is small and the metabolism is both rapid and predictable – making remimazolam a drug with fast onset and fast offset. Hydrolyzed by esterases, remimazolam is converted to an inactive metabolite. Remimazolam enjoys a nearly constant context-sensitive halftime, even when given as an infusion for up to 6 h [7]. The ester hydrolysis represents the “soft drug” technology, which can produce reliable metabolism of the drug, even in patients with significant liver and kidney disease [8].
Only gold members can continue reading. Log In or Register to continue