Sometimes a patient comes to a hospital emergency department (ED) or urgent care center immediately after a painful sting, because he is alarmed at the intensity of the pain or worried about developing a serious life-threatening reaction. Sometimes he seeks help the next day because of swelling, redness, and itching. Parents may not be aware that their child was stung by a bee and may be concerned only about the local swelling.

The usual local reaction to a hymenopteran sting is immediate burning and pain, followed by an intense local erythematous wheal, which usually subsides within several hours. Often there is a central punctate discoloration at the site of the sting, or, uncommonly, a stinger may be protruding (only honeybees leave a stinger). A more extensive delayed hypersensitivity reaction can occur, producing varying degrees of edema and induration, which can be quite dramatic when present on the face and may involve all of an arm or leg (Figure 171-1). These local hypersensitivity reactions can last as long as 7 days. Tenderness and, occasionally, ascending lymphangitis can occur. 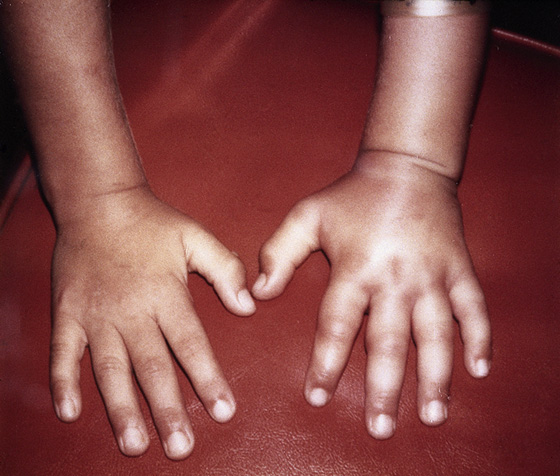 Figure 171-1 Edema due to local reaction to bee sting.

If an imbedded honeybee stinger is present at the time the patient is stung, it is most important to remove the stinger quickly, even if it is grasped and pulled off, rather than delaying to find a hard edge to scrape it off with. The entire honeybee venom load is injected in less than 20 seconds. Because of regulation valves on the sting apparatus, the venom does not flow freely when the sting bulb is compressed.

Patients with milder generalized reactions that rapidly clear after treatment with epinephrine, steroids, antihistamines, and H2 blockers may be observed for 3 to 6 hours and released if their symptoms have completely cleared. Patients with more serious reactions or with recurrent signs and symptoms of anaphylaxis should be admitted to the hospital for continued treatment and further observation.

On discharge from acute care after an anaphylactic reaction, prescribe a sting kit to carry at all times (e.g., an epinephrine autoinjector [EpiPen, 0.3 mg; Epi Pen Jr., 0.15 mg]) and refer the patient to an allergist for possible desensitization. Also provide a short course of steroids in addition to antihistamines and an H2 receptor antagonist (see Chapter 183). Inform patients that if stung in the future, subsequent reactions are more likely to be less severe, but if generalized symptoms occur, they should use their epinephrine and report to a medical care facility.

Apply a cold pack to an acute sting to give pain relief and reduce swelling. Try ibuprofen or acetaminophen for analgesia.

For a minor sting, give an oral antihistamine, such as diphenhydramine, 25 to 50 mg, or hydroxyzine (Atarax, Vistaril), 25 to 50 mg, to reduce subsequent itching.

Prescribe additional antihistamine qid for further itching. A minor reaction will also benefit from a topical steroid cream, such as hydrocortisone, 1% to 2.5%, or triamcinolone (Kenalog, Aristocort), 0.1% to 0.5%.

For a severe local reaction with no contraindications, you may prescribe a systemic corticosteroid, such as prednisone, 50 mg qd for 3 to 4 days. This is a common practice and a reasonable treatment, although steroids have no proven benefit. Be aware of common side affects from steroids: insomnia, agitation, some immune suppression, and a slightly higher incidence of tendon rupture.

Observe the patient with an acute sting for approximately 1 hour to watch for the rare onset of anaphylaxis. Delayed anaphylaxis can occur 2 to 6 hours after the stinging; therefore patients should be instructed to return with any generalized symptoms.

Reassure the patient who has come in after 12 to 24 hours that anaphylaxis is no longer a potential problem.

Large local reactions often have the appearance of cellulitis with swelling, erythema, and, on occasion, warmth and ascending lymphangitis. These reactions most often represent chemical cellulitis and are pruritic and nontender. Reactions such as these do not require antibiotics but only elevation and soothing, cooling compresses in addition to the antihistamine.

When there is tenderness and pain, and therefore true bacterial cellulitis is a possibility (although uncommon), it is reasonable to treat the patient with an appropriate antibiotic, such as cefadroxil (Duricef), 1 g qd; cephalexin (Keflex), 500 mg tid; dicloxacillin (Dynapen), 500 mg qid for 5 to 10 days; or azithromycin (Zithromax), 500 mg, then 250 mg qd for 4 days.

In all situations, if an extremity is involved, have the patient keep it elevated and instruct him that the swelling may worsen if the hand or foot is held in a dependent position. Warn patients who have been recently stung that swelling and redness may increase over the next 24 to 48 hours and may involve a large area and continue for several days. Preparing them for this potentially alarming development may prevent unnecessary worry and an unneeded revisit. Reassure them that even the worst swelling will resolve with time and elevation.

Promptly remove any rings (see Chapter 152) in cases of hand or arm stings.

To help prevent future stings, instruct patients to wear shoes and avoid wearing brightly colored clothing and using fragrances when outside, and to avoid recreational activities when yellow jackets or hornets are nearby. Hives and nests around a home should be exterminated, and good sanitation should be practiced, because garbage and outdoor food, especially canned drinks, attract yellow jackets. Unfortunately, insect repellents have little or no effect.

Do not send the patient with an acute sting home less than 1 hour after the sting.

Do not apply heat, even if an infection is suspected—the swelling and discomfort will worsen.

Do not prescribe the Epi-Pen or another anaphylaxis treatment for patients who have only had a localized reaction.

Only stinging insects of the Hymenoptera order cause anaphylaxis with any frequency. A sting is an injection of venom by the female of each species through a modified ovipositor. Honeybees and bumblebees are relatively nonaggressive and generally sting only when caught underfoot. The barbs along the shaft of the honeybee stinger cause it to remain embedded at the sting site. Africanized honeybees have expanded northward and by 2002 were present in most of Texas and Arizona and southern areas of Nevada, California, and New Mexico. Referred to as “killer bees,” they do not have increased venom potency or allergenicity but rather a tendency to attack en masse. Fortunately, even massive stinging incidents of 50 to 100 stings are not usually fatal. Most deleterious effects are estimated to occur in the range of 500 to 1200 stings. Older victims are more susceptible to the toxic effects of the venom.

The family Vespidae includes the yellow jackets, hornets, and wasps, which make papier-mâché–like nests of wood fiber. Yellow jackets, which cause most of the allergic sting reactions in the United States, usually nest in the ground or in decaying logs. Hornets build teardrop-shaped nests that hang in trees or bushes. Both yellow jackets and hornets are extremely aggressive, especially in the late summer when crowded conditions develop in the nests. Not quite as aggressive as the other vespids, the thin-bodied paper wasps build nests in the eaves of buildings.

Hymenopteran venoms contain a number of interesting constituents. Most of the venoms contain histamine, dopamine, acetylcholine, and kinins, which cause the characteristics of burning and pain. The allergens in the venoms are mostly proteins with enzyme activity.

Systemic allergic reactions (anaphylaxis) may be mild with only cutaneous symptoms (pruritus, urticaria, and angioedema of the eyes, lips, hands) or severe with potentially life-threatening symptoms of laryngeal edema, bronchospasm, and hypotension. Systemic allergic reactions are, in general, less severe in children than adults, although children are more likely to develop isolated cutaneous reactions.

Large local reactions are usually late-phase IgE-mediated allergic reactions with severe swelling developing over 24 to 48 hours and resolving in 2 to 7 days.

Bee stings by themselves are very painful and frightening. There are many misconceptions about the danger of bee stings, and many patients with previous localized reactions have been instructed unnecessarily to report to an emergency department or clinic immediately after being stung. Patients who have suffered only localized hypersensitivity reactions in the past are not at a significantly greater risk than the general public for developing anaphylaxis, which is defined as an immediate generalized reaction. Other than some relief of pain and itching for the acute sting, there is little more than reassurance to offer these patients.

Anaphylactic reactions generally occur within a few minutes to 1 hour after the sting. Most victims have no history of bee sting allergy.

Patients with a history of systemic sting reactions have been found on average to have a 50% risk for experiencing another systemic reaction to a challenge sting. Some patients who do not react to a first sting challenge react to a subsequent sting. Systemic reactions usually do not become progressively more severe with each sting. Often, the stinging insect allergy is self-limited. The risk for reaction declines from more than 50% initially to 35% 3 to 5 years after the sting reaction, and to approximately 25% 10 years or more after the sting reaction. In some instances, unfortunately, the risk for anaphylaxis persists for decades, even with no intervening stings.

Patients with a history of systemic reactions should carry a kit containing injectable epinephrine and chewable antihistamines to be used at the first sign of a generalized reaction. Venom-specific immunotherapy for hymenopteran allergy can markedly reduce the risk for repeat systemic reaction approximately 30% to 60%. Patients who have had extensive local reactions, but not general ones, tend to react the same way to subsequent stings despite venom immunotherapy.

Although at times it may seem most prudent to treat ascending lymphangitis with an antibiotic, it should be realized that after a bee sting, the resultant local cellulitis and lymphangitis are usually chemically mediated inflammatory reactions and are not affected by antibiotic therapy.