Sometimes, a young child admits to putting something, such as a bead, a small stone, folded paper, or a bean, in his ear, or an adult may witness the act. At times, the history is not revealed, and the child simply presents with a purulent discharge, pain, bleeding, or hearing loss. An adult might have a pencil eraser or “Q-tip” come off in the ear canal while trying to remove earwax. Most dramatically, a panic-stricken patient arrives complaining of a “bug crawling around” in his ear. There may be severe pain if the object or insect has scratched or stung the canal or tympanic membrane.

Use an otoscope to inspect the ear canal while pulling up and back on the pinna to help straighten the ear canal, thereby providing a better view.

If there is a live insect in the patient’s ear, begin by filling the canal with a liquid to kill the insect. Mineral oil, 2% lidocaine (Xylocaine), or benzocaine/antipyrine (Auralgan) works well. (Sterile 2% lidocaine would be most appropriate if there is a myringotomy tube in place or any other opening of the tympanic membrane [TM].) Instruct the patient to lie on his or her side, and then drip the liquid into the canal while pulling on the pinna and pushing on the tragus to remove air bubbles (Figure 28-1). 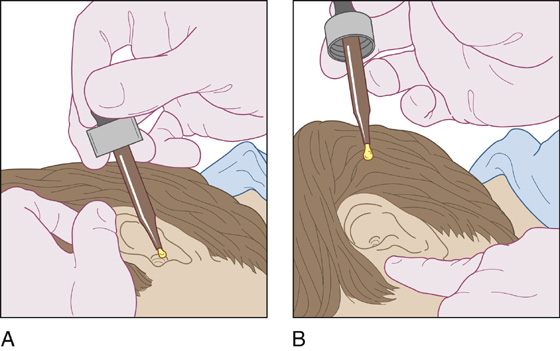 Figure 28-1 Drop mineral oil into the ear canal and squeeze out any air bubbles to kill any bug or insect in the ear.

With a foreign body (FB) that is not too tightly wedged in the canal, and if tympanic membrane perforation or a myringotomy tube is not present, water irrigation is a very effective removal technique. This can be accomplished with a syringe and scalp vein needle that has been cut short (Figure 28-2). Tap water at body temperature can be used to flush out the foreign body. Direct the stream along the wall of the canal and around the object, thereby flushing it out (Figure 28-3).

Figure 28-2 A short, soft catheter on a 5-mL syringe is safe and very effective for irrigating a loose foreign body out of the ear canal. Note: Discard the tubing after use. 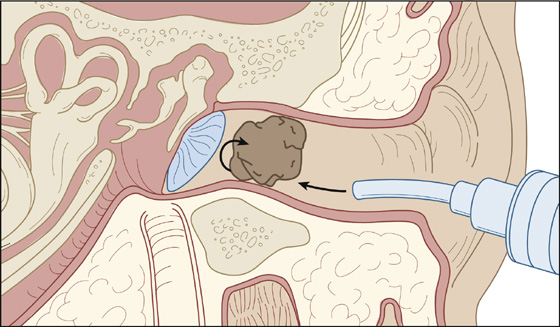 Figure 28-3 When irrigating a foreign body out of the ear, direct the stream of warm water toward an opening between the foreign body and the canal wall.

If a hard or spherical object remains tightly wedged in the canal, attempt to roll the foreign body out by getting behind it with a right-angle nerve hook, ear curette, or wire loop. (Alternatively, a Calgiswab can be bent into a right-angle hook and used in the same way.) Use of these tools should be done under direct vision through an ear speculum. The patient’s head should be firmly stabilized to prevent sudden movements. Whenever an instrument is used in the ear canal, warn the patient or parents beforehand that there may be a small amount of bleeding and pain because of the delicate lining of the ear canal (Figures 28-4 and 28-5). 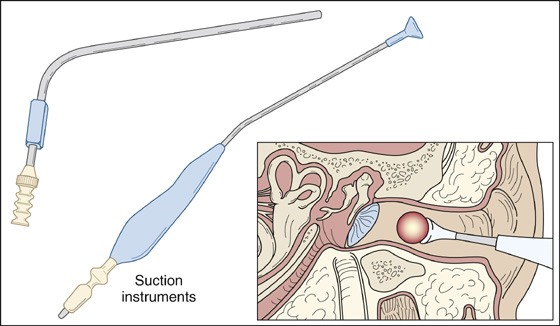 Figure 28-4 Various suction tips can be used to pull out a loose foreign body within the ear canal. 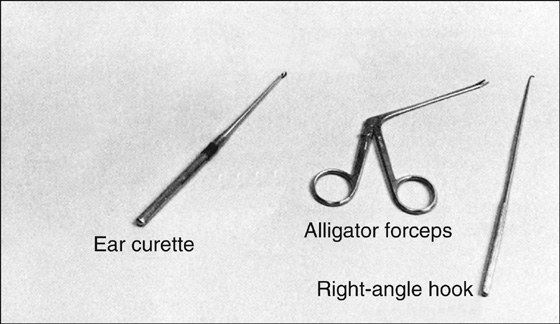 Figure 28-5 The right-angle hook is best suited for removing hard objects from the ear, whereas alligator forceps work best on soft objects.

An alternative removal technique is to take a drop or two of cyanoacrylate (Super Glue, Dermabond), and place it on the end of the wooden shaft of a cotton swab. (Use the cotton end for irregular FBs.) Then hold the wet glue against the foreign object until it hardens (approximately 30 seconds to a minute), and extract the foreign body from the canal.

If the object is light and moves easily, you can attempt to suction it out with a standard metal suction tip or (if available) a specialized flexible tip, by making an effective vacuum seal on the foreign body (Figure 28-6). 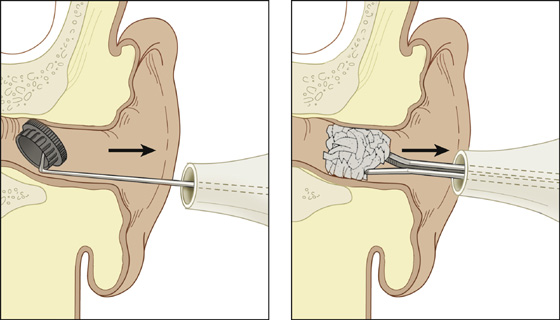 Figure 28-6 The various metal instruments that can be used to remove foreign bodies from an ear canal.

A small magnet or iron-containing metallic foreign body can be removed by touching a pacemaker magnet to a metal forceps and then, at the same time, touching the forceps to the foreign body, withdrawing all of the magnetized objects together.

Alligator forceps are good for grasping soft objects, such as cotton, paper, and certain insects.

There should be no delay in removing a foreign body in a canal when there is an obvious infection or when the foreign body is a disk or button battery. Do not irrigate or instill liquids into the ear canal, because on contact with moist tissue, the alkaline battery is capable of producing a liquefactive necrosis extending into deep tissues within hours. Be careful not to crush the battery. After removal of a battery, irrigate the canal to remove any alkali residue.

At any time, if a child becomes uncooperative, especially when using metal instruments, use procedural sedation as described in Appendix E. Ketamine sedation appears to have a positive effect on the success rate of foreign body removal in children.

If the foreign body is tightly wedged in the canal and you cannot remove it, consult an ear-nose-throat (ENT) specialist. If after removal, there is evidence of infection or perforation of the tympanic membrane, referral to an ENT specialist is also appropriate.

Do not use a rigid instrument to remove an object from an uncooperative patient’s ear without procedural sedation (see Appendix E). An unexpected movement might cause serious injury to the middle ear.

Do not attempt to remove a large bug or insect without killing it first. They tend to be wily, evasive, and well-equipped for fighting in tunnels. In the heat of battle, the patient can become terrorized by the noise and pain.

Do not attempt to irrigate a canal filled with a bean or other object that may swell with hydration. Irrigation with isopropyl alcohol will not cause swelling.

Do not attempt to remove a large or hard object with bayonet or similar forceps. The bony canal will slowly close the forceps as they are advanced, and the object will be pushed farther into the canal. Alligator forceps are designed for use in the canal, but even they will push a large, hard foreign body farther into the ear.

The external ear canal narrows at the junction of the cartilaginous segment and the bony segment, and then at the isthmus of the bony segment. Most foreign bodies are found at these two narrow loci. The cross-section of the canal is elliptic; therefore the physician can usually find an opening around a circular foreign object in which to place an instrument or for water to get behind when irrigating.

Some physicians do not recommend the use of a Waterpik for irrigation, because the high-pressure water jet has the potential for rupturing the tympanic membrane.

When the foreign body within the ear canal is a cyanoacrylate adhesive (Super Glue, Dermabond), it can be removed more easily after 48 hours when desquamation occurs. If the glue adheres to the tympanic membrane, an ENT referral may be most prudent.

On telephone consultation, patients can be instructed to use cooking or baby oil, or ethyl or isopropyl alcohol, instilled into the ear canal, to kill an insect at home. It can then be removed at a subsequent office visit.

Complications of foreign body removal from the ear canal include trauma to the skin of the canal, canal hematoma, otitis externa, tympanic membrane perforation, or ossicular dislocations and, rarely, facial nerve palsy.